A Clean Energy Future for Ireland

Ireland is required to increase its use of renewable energy sources under European legislation.  The requirement demands that 40% of national electricity is supplied by renewables, mainly wind power, by 2020, rising to 55% by 2030.

Ireland’s ability to meet these targets is dependent on its electricity generation fleet developing increased flexibility and storage capacity to respond rapidly to changes in renewable electricity supply and increasing electricity demand.

A pumped hydroelectric power station, also known as a pumped storage plant, is one of the best-proven technologies available at scale that can provide the system flexibility and storage needed to help achieve our renewable targets.

Silvermines Hydro can deliver many operational and cost benefits to the Irish electricity system as well as wider societal and environmental benefits.

Silvermines Hydro will deliver a fundamental technical solution with strategic national benefits of primary importance to the environment, Ireland’s future de-carbonisation and security of energy supply.

In addition to the national social and environmental benefits, over the life of the plant the economic value will exceed €2.5 billion.  The project investment and operation will also stimulate local job creation in rural Ireland.

Critically, the project will also provide for remediation of the brownfield site it is located on, delivering significant local and regional community gain.

Silvermines Hydro is being developed by Siga-Hydro Limited.  Siga-Hydro Limited is focused on strategic asset development in the clean energy and renewable sector.  The company and its partners have experience developing, designing, constructing and operating safe and innovative energy technologies and infrastructure investments.

Siga-Hydro Limited is bringing private capital to the project and will assume the majority of the project risks.

Ireland’s National Renewable Energy Action Plan (NREAP) requires the installation of up to 4,000MW of wind generating capacity by 2020. Ireland’s National Development Plan (NDP) has identified that Ireland will need to deliver an additional 4,500MW (onshore wind equivalent) of renewable electricity generation by 2030.

As a result, the island of Ireland will generate more electricity from variable, non-synchronous, intermittent renewable energy sources than any other synchronous region in the world.

In order to cope with fluctuations in wind energy output, while maintaining security of supply, non-wind generating plant will have to be very flexible, capable of rapid, low-cost starting and load changing; rapid and reliable delivery of operating reserve and reactive power; and a wide operating range from low load to full load.

Energy policy in Ireland’s Transition to a Low Carbon Energy Future 2015- 2030, states that ‘…electricity storage is expected to play an important role in facilitating the deployment of intermittent renewable energy technologies like wind, solar PV and ocean energy.  The EU’s Energy Roadmap 2050 confirms that storage technologies remain critical, and that future integration of RES-E will depend on increased storage capacity. Electricity storage can be deployed in a number of circumstances in Ireland, including at grid-scale and at consumer level…’

Ireland has a long and positive history with hydropower, including its role in supporting industrial development and economic growth.

At a very basic level, hydropower was used in ‘tide-mills’ to drive the first mechanical processes.  Much later, in 1920s, the hydroelectric power station in Ardnacrusha – one of the great engineering feats in the history of the State – led to the electrification of Ireland.  The pumped hydroelectric power station in Turlough Hill was developed to support the efficient running of coal, oil and gas power plants in the 1970s.  Both of these hydroelectric stations operate today and provide valuable security to Ireland’s electricity supply.

The transition to using renewable sources to meet electricity demand, while at the same time reducing carbon emissions, requires the Irish electricity system to fundamentally change.  The increased flexibility offered by grid-scale electricity storage, such as Silvermines Hydro, can facilitate this. 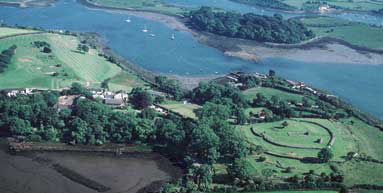 The use of hydropower on the island of Ireland dates back as far as 619AD, with the Nendrum Monastery tide-mill in Northern Ireland. The watermill was a structure that used a water wheel or water turbine to drive a mechanical process such as milling (grinding), rolling, or hammering. From that time, such processes evolved and were needed in the production of many material goods, including flour, lumber, paper, textiles, and many metal products. 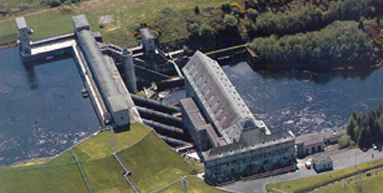 The Shannon hydroelectric Scheme was a major development by the Irish Free State in the 1920s. The total capacity is 85MW and full output equates to about 332,000MWh generated on an annual basis. The plant enabled an enormous surge in demand for electricity across the country and led to the electrification of Ireland. 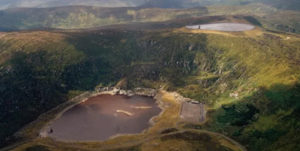 The power station is designed to generate electricity at times of peak demand and is instantly dispatchable.  It is providing grid stabilisation services to safely and securely manage the Irish electricity system. 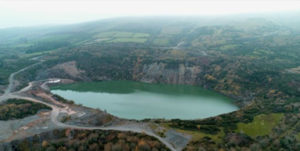 The increasing penetration of renewables and unregulated power to the system has increased the relevance of grid-scale electricity storage as a reliable and economic way of stabilising the grid and efficiently managing the Irish power system.

We are very interested to hear from you and are currently collecting names for our Active Supporters Group. If you support the project and would like to join the group please contact us at asg@silvermineshydro.ie. For any other query please visit our contact page.